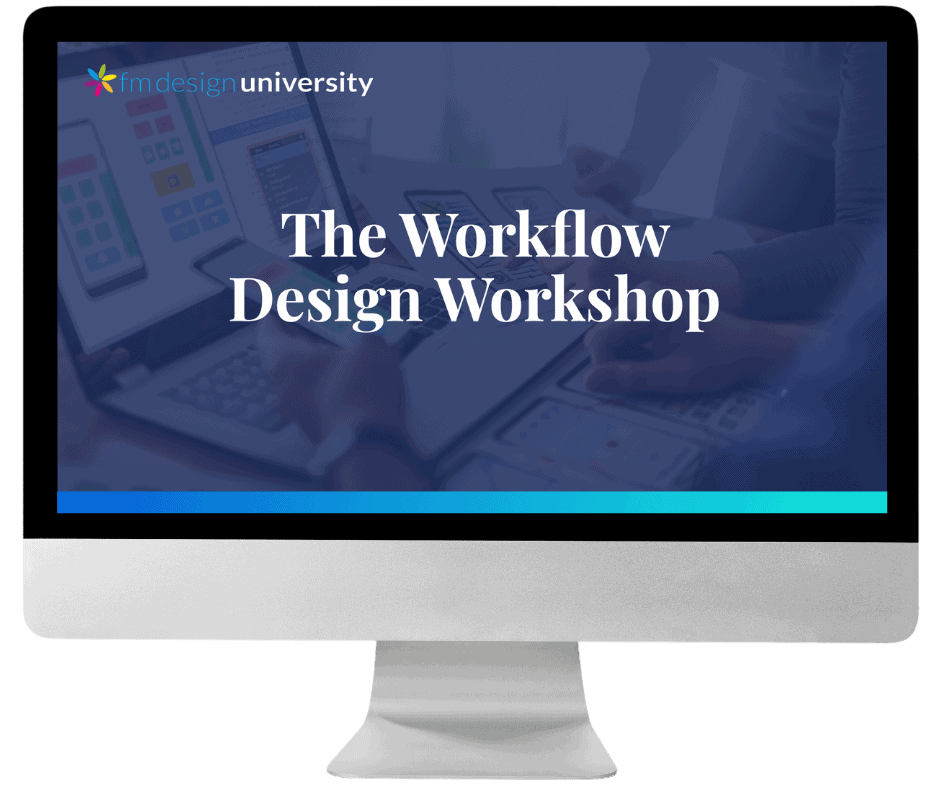 Do You Make These 7 FileMaker Design Mistakes? 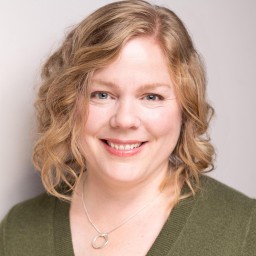 We’ve probably all done these at one time or other. The consequences of these mistakes can range anywhere from annoying to profound. Here they are, in no particular order.

1. Thinking that you don’t really need to know about visual design principles

Like any language, understanding how the visual design language is constructed helps you use it more effectively. You “know” the rules on a subconscious level already, because as a user you’ve been conditioned by all the programs and apps you’ve ever used.

But you may not be equipped to solve sticky design problems. Often, design principles compete with each other. A lot of a designer’s job is weighing all the factors to decide which ones are more important in a given situation. By formalizing your knowledge, you can better decide what is foundational, and where you can compromise.

Most of what people consume in terms of information is typographical in nature. Typography can attract or repel you. It conveys a sense of style and association with other ideas. Are you sending the right signals to the user with your font and style choices? (I’m looking at YOU, Comic Sans.)

3. Not paying attention to whether objects are lined up

Are objects consistently placed from screen to screen? Is there even spacing between objects?

At the 2014 FileMaker Developer’s Conference, Matt O’Dell used the term “pixel shift” to describe the phenomenon of seemingly fixed objects (like objects in a toolbar) appearing to “jump” from layout to layout. Because our eyes are very sensitive to movement, pixel shift is very distracting and erodes the user’s trust in a solution. It’s like walking on a shaky bridge: makes you nervous that it’s about to collapse.

4. Thinking that you’ll just do something quick “for now,” and then fix it later.

You won’t. Or users will get used to your crappy design and changing it will be difficult.

I’m not suggesting you overdo it either. Sit down and make some choices that seem reasonable, then build on that. Don’t just dive in and do something half-baked as a foundation. You will be forced to make certain decisions as a result of your shortcuts and will likely regret it later.

5. Thinking that you don’t have time for design

You don’t have time NOT to design. Ask yourself: Will the client pay you to do it over later? (Also, remember that refusing to make a choice is also a choice.)

7. Vague or confusing instructions in dialogs

When asking the user to make a choice, you must be clear about what the next action is. It’s sometimes surprisingly difficult to write clear instructions that convey the potential ramifications of taking a certain action. Remember, the user doesn’t have all the behind-the-scenes knowledge you do about what’s going to happen when they click “Continue.” 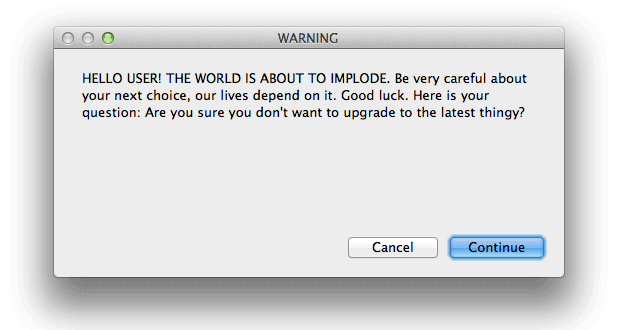 It’s worth taking some time making sure the question and possible choices are well-worded and make sense.

Do you have any other design no-nos? Add them in the comments.